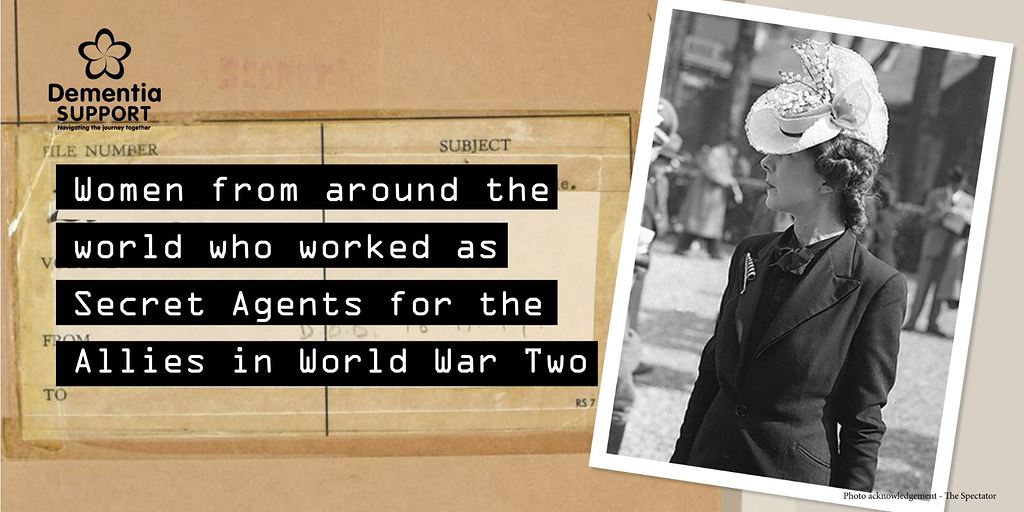 As part of A Vintage Adventure for Dementia Support, at 7pm on Friday 7th May 2021 via Zoom, Sheryl continues her Military Talks by giving us an insight into the lives of "Women from around the world who worked as secret agents for the Allies in WW2".

Join us for this fascinating Talk and to hear more about 6 incredible women!

This evening online Zoom talk recognises and celebrates the contribution made by women from around the world, to the intelligence gathering and subversive activities which paved the way for and helped secure, the D-Day landings which ultimately freed Europe from the yoke of Nazi Germany. Hear the stories of these amazing women:

All deserved to become household names but some died in obscurity. This talk shines a light on some of the most remarkable women who served as secret agents during World War Two.

We are thrilled that Sheryl is supporting our Charity. She will give a very interesting and absorbing talk for an hour with the chance for Q&A at the end. The Talk will be given via ZOOM and the link sent out to you by e:mail once you have purchased a ticket.

Previous Add to calendar Next